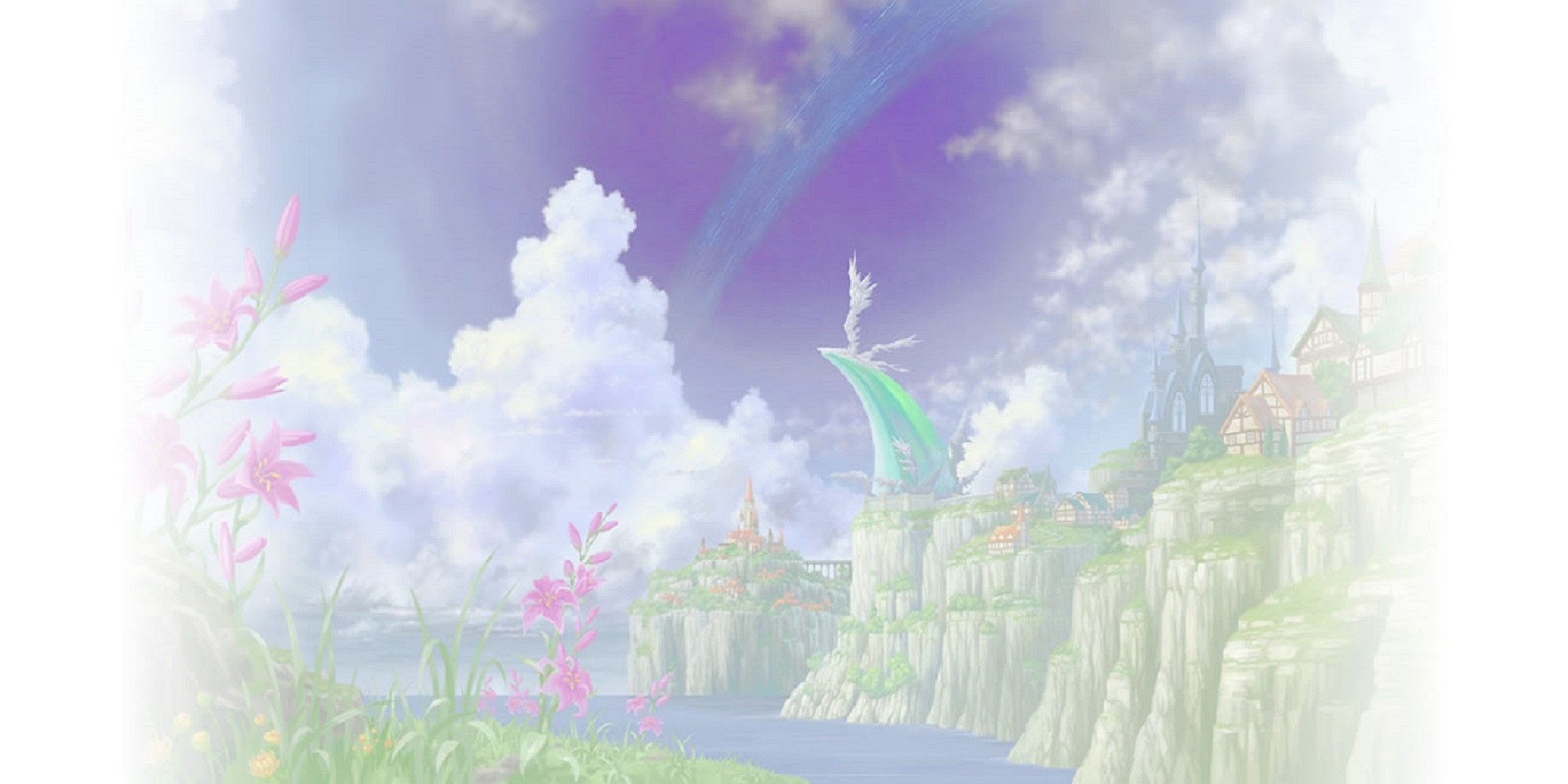 What's on your mind?

I've heard of the Tales of series, but never knew what game to start with on ps4. if anyone could give any recommendations, I would be very grateful.

Is there any way I can play them in America? Like, a fan translated ROM hack or something?

I know I have tried this idea before, but this one is different. I promise.

Some of the Lore In Tales Of Vesperia is Brave Vesperia and the original Child Of The Full Moon. I feel a game focusing on the journey they went through would be great. Anyone else want this? All we know is that Brave Vesperia became a star if I am remembering correctly, and I would love some backstory, and it wouldn’t spoil much due to the two not having big roles in Tales Of Vesperia.

I'm a big Tales of Symphonia fan and I'm trying to get Bandai's attention to show them that the fans want a new title of the series.

My idea for Bandai:

Why Bandai would make such a title in case of fan interest:

-main part of the story and characters known from other games already; production effort would be low

-Bandai Namco stated multiple times that they are more likely to produce games for platforms that are some time at the market and proven successful. If development starts now, Switch would most likely be on the end of its cycle when the game releases. The Console is successful as well at the moment.

Why I need your help:

Last week I tried to make a poll on my twitter account, if there is fan interest in such a game and tagged the players omegaevolution, JKCompletesIt and JayMota16 and asked for help. Unfortunately I have zero reach and the three didn't read it or reacted.

-If you have reach, start a poll and show it to Bandai or me

-If you know people with reach, ask them to make a poll and show the result to Bandai or me

I hope for your support!

Thanks a lot and greetings 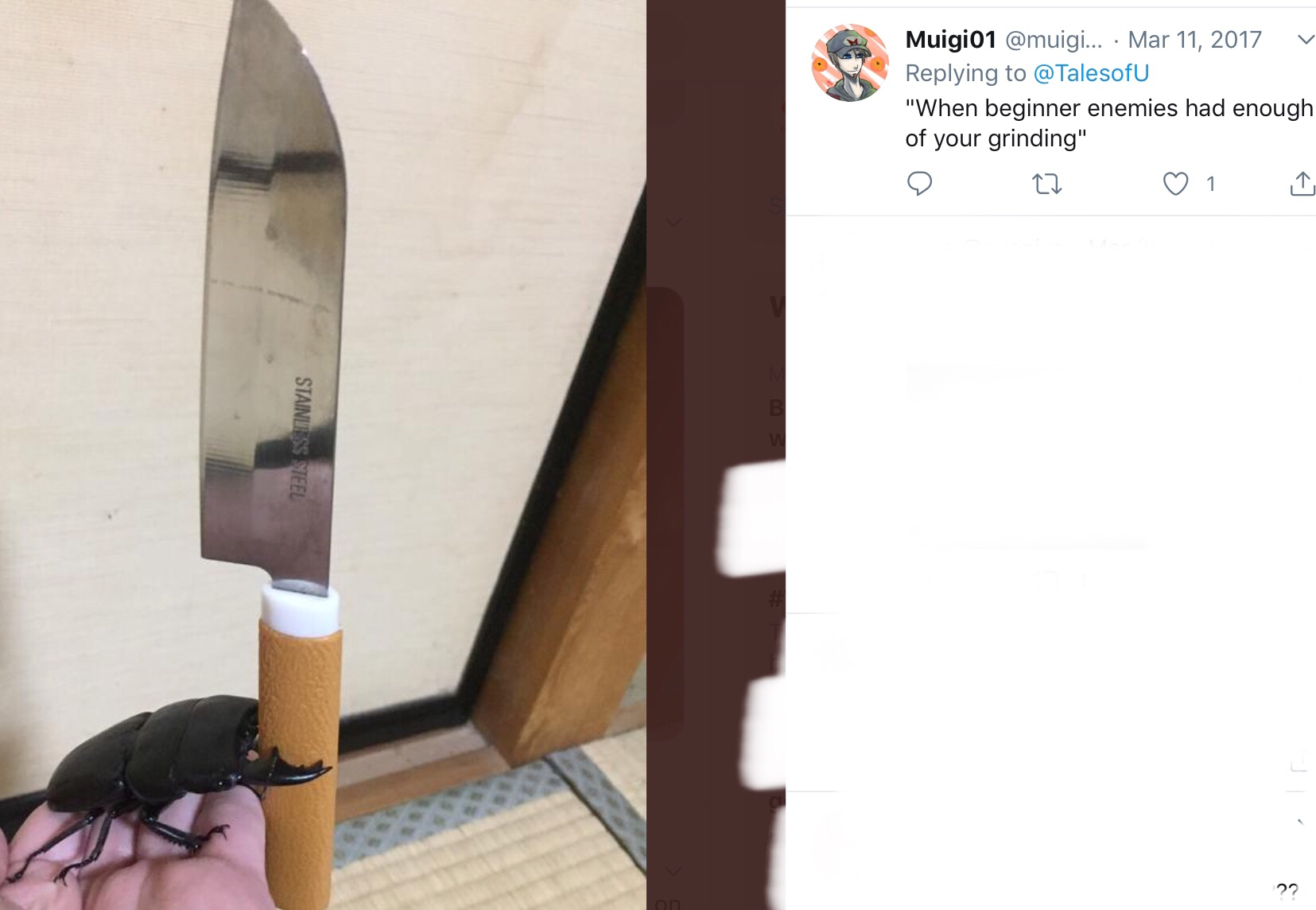 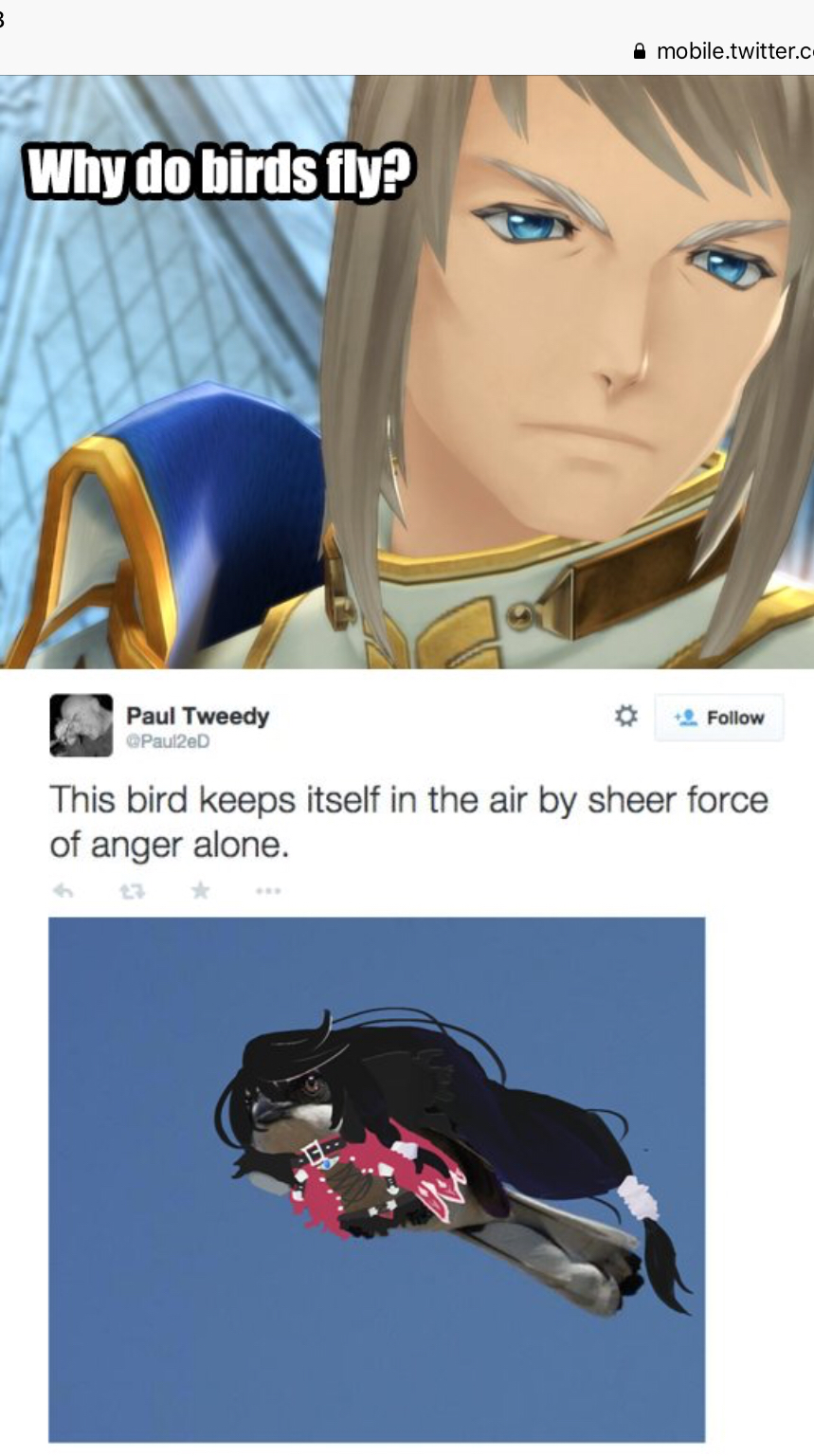 If you didn’t already know, it was just announced today, after all, but Tales of Arise has been delayed until further notice.

Althought that term is never used in Tales of Zestiria, it may very well be the case. We can see Heldalf absorbing Zenrus, taking his power away.

Would you like Bandai to remake any games? I would! I would like to see Destiny remade along with Innocence, and finally have it localized! Destiny would be Destiny: Directors Cut, though. Which I would love to play but I don’t know the language.

All right! Tales of Crestoria will (hopefully) get released in early June, 2020!

It's not many active people here so thought i just ask who everyone is. Where you guys from? Age? What was your first Tales games you played? Your favourite game in the series? Favourite characters? Would be inresting to know :)

Im 29 from Sweden. First Tales was Symphonia wich is also my favourite game of all time. Favourite characters, a few of them: Lloyd, Zelos, Yuri and Magilou.

Anruri, it's me Neko and I love Namco games, especially the games that connect into one or more universes and various crossovers. But the crossover between various Namco franchises that stood out to me the most was the cancelled RTS game called New Space Order. This game featured the various worlds of various interplanetary nations which mainly featured elements from my all-time favorite Namco game, Xevious. It also features various aspects from various Namco franchises as it was considered to be the Namco Space Opera, including the worlds of Tales of Eternia, Mirai Ninja, and the Strangereal-Galaxian Universe. The game's crossover concept is Fardraut Pitarmil Folsa Repcke, meaning the Fardraut Story Begins Again. What's interesting to me is that there are theme songs that were sung in their respective language; Military Empire theme sung in Xevi, State of Feudal Dynasty theme sung in Cantonese, and the UGSF theme is sung by a choir. One of my favorite interplanetary nations besides the UGSF is the Sacred Religious State.

Not only did it have the elements of Tales of Eternia, but it also is the future world of Eternia itself. It had a rich history which began with Nereid creating Vatenkeist and culminated into Celestia tian Farous. What caught my attention four years ago is the theory that was written in Japanese and I took the time out of my life to translate it to English. What astonished me is that there are both a Multiverse explanation and the Same World Continuation explanation and that the timeline is neatly created to explain the world of Tales of Eternia. I was also astonished that they theory mentioned Xevious and the UGSF and how they releate with each other. It was something that I could not forget along with the fact that I want to share it. So I wrote it down on paper, took some photos and sent it on Twitter which is.........not of the best quality I think but it's still worth it. Now four years later and I've become pretty confident to want to share with various Namco communities to bring up a discussion on a crossover that is seemingly forgotten by all. Without any further ado, here is the translated theory of the relations Tales of Eternia, Xevious, and Strangereal-Galaxian (USGF) Universes. I'll put the links in the reply.

At this time in the Strangereal-Galaxian Universe (UGSF), the Divine Punishment War occurs and its history branches out. This civil war would end with a devastating damage. Firstly, the second star of the dual planet was destroyed followed by the loss of all territorial stars. Worse still, nine of the Farous units were lost. It does seem that Seyfert did or could not seal Vatenkeist space in time. The main star of the Sacred Religious State is TOE's second world, Celestia. (NSO) In the Melnics Lananguage, Celestia is Andin (HERE) and Inferia is Hedi (FAR). (TeE) Therefore, it is most likely that Inferia was destroyed in the midst of the Divine Punishment Civil War. However, most people who were born in the Sacred Religious State after the civil war had Inferian appearances and rarely and Celestians.

Afterwards, in the universe of Eternia, the stages of Fardraut was prepared on Earth in the Earthian year of 2000 as planned. War with Xevious occured. In the UGSF universe, Celestia's orbit changed due to the star system's gavitational balance from the collapse of the second star, Inferia. During the New Space Order War which lasted form 2845 to 3210, Fardraut will be ready and Solvalou will be operational at that time.

Within the first year of the events of Tales of Eternia, the Seyfert Ring was destroyed which separates the planets of Inferia and Celestia, saving the two planets from the Great Fall. (ToE)

Form this ponit, thousands of years later, the Ancient Civilization before the Sacred Religious State was established. The official language of this Ancient Civilization and Sacred Religious State is Melnics. It had a dual planet as its mother planet which is followed by many other planets as its territory. These planets were connected by the high-performance star lines that can distort space-time continuum and move living organism (organic matter). When one looks at the sky, one can see the surface of another planet and can travel as one pleases. The scientific abilities were supported by the existence of the event controlling bodies that have a high manisfestation of ESP, making themselves the "Ultimate Reservoir of Knowledge." Farous was divided into ten units, five of which were deployed in a satellite orbit for their dual mother planet.

Then, a civil war called, the Divine Punishment War, occurs. Details are unknown but the civil war ended with a devastating damage such as the collapse of one side of the dual mother planet, the loss of all territorial stars, and the destruction of the nine Farous units. The main star of the Sacred Religious State is Celestia. (NSO) In the Melnics Language, Celestia is Andin (HERE) and Inferia is Hedi (FAR). Therefore, it is likely that Inferia was destroyed in the Divine Punishment War. Furthermore, there would be shifts in the gravitational balance due to the second planet's destruction which caused Celestia's orbit to change. The Fardraut preparation was completed and during the New Space Order War, lasting from 2845 - 3210, the Solvalou might be in operation by then.

What explanation do you believe make sense? If there's any inconsistencies or something that I have forgot, let me know and I will edit to the best of my abilities.

As a thank you, have a listen to the Sacred Religious State's theme, a maid cafe list that was 13 years ago, and a mini-game SHMUP (Shoot 'em up).

So it seems Rimul is getting romanized as Lymle for Tales of the Rays. I'm sure that spelling will remind some of Star Ocean 4 and the endless stream of kays. At least Kyle's cousin is finally getting some spotlight time after being stuck in Destiny 2 with no other appearances to date until now.

Who else is excited to Tales Of Crestoria!? I know I am! Lets get it released soon pls...