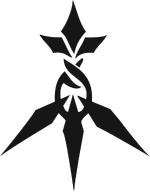 The Amarcians (アンマルチア族, Anmaruchia-zoku?) are a tribe of people in Tales of Graces. Although more commonly referred to as a race, the Amarcians share no bloodline, as the term originates from Fodra around 1,000 years prior to the events of the story to refer to the mechanics who maintained Fodran technology during that time.

The Amarcians are responsible for much of Fodra's technology, as well as the technology left behind by their dying "race" on Ephinea. There are numerous ruins yielding advanced machines on Ephinea, though modern researchers lack the knowledge to operate them. The Amarcian Enclave is the last known civilization of the Amarcian people, and even its existence is kept secret, with the city itself being hidden deep within Mt. Zavhert and protected by a portal.

Amarcians are rare in the world of Ephinea, with only the country of Fendel being known to speak and work in tangent with them. They keep their knowledge of the world and the past in virtual database archives in the Enclave and the ruins in Sable Izolle, and the group ventures to both to uncover secrets of the past, mostly involving Lambda and how to operate a flying spacecraft capable of traveling between the planets of Ephinea and Fodra. The Ghardia Shaft and Lastalia Shaft facilities are both the result of Armacians, having used their advanced technology to transfer Fodra's planetary core to Ephinea, producing life there.