Beastly Blow (ビーストブロウ, Biisutoburou?, "Beast Blow") is an arte primarily associated with Caius Qualls and Forest Ledoyen from Tales of the Tempest.

In their Leymon forms, this is the only arte usable by Caius and Forest in which they deal a powerful blow against the enemy. This arte gained mystic arte status for Caius in other Crossover Titles in which he has appeared. After fully transforming, Caius slashes with his right claw downward, then his left upward before slashing upward with a jump.

In Tales of VS., as Caius transforms, enemies around him will be damaged by the released shock waves. In Tales of the Heroes: Twin Brave, after transforming, Caius dashes with frenzied slashes before finally ending his assault with an upward slash. In all of the mystic arte versions, Caius reverts back to his human form upon completion. In the PlayStation 3 and Definitive Edition releases of Tales of Vesperia, it is the altered arte Repede gains from his Caius cameo costume. He performs a rising strike that releases a short-ranged shock wave.

In Tales of the Rays, Beast Blow is Caius's Earth-elemental battle mirrage arte. He transforms before darting toward the enemy and landing four powerful blows, the last one knocking them into a column. He then leaps forward and performs a devastating uppercut. This arte inflicts Slow on all affected foes at the cost of own CC. This version recreates the scene during the final battle against Areulla VIII in Tales of the Tempest.

Tales of the World: Reve Unitia 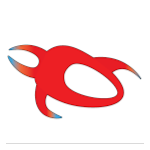