Cape Fortress (岬の砦, Misaki no Toride?) is an abandoned stone fortress in Tales of Eternia, situated close to Imen in the world of Celestia.

Cape Fortress is an ancient watchtower that sits on a high cliff that extends as a peninsula from the northwest portion of Celestia's largest continent. The fortress overlooks the sea surrounding the area on nearly all sides, providing a remarkable view of the ocean, which shines with a deep red hue at dusk. The fortress had fallen into ruin in antiquity, but the moss-covered stone structure remains mostly intact, with only a small portion of its circular bulwark broken down, and one of the pillars had collapsed due to the passing of time. Its map coordinates are at GPS (33,63).

After crossing the Bridge of Light to escape from Inferian soldiers who intended to capture Keele Zeibel for treason, Reid Hershel and his companions are thrust into the world of Celestia, first stepping foot upon the foreign world at Cape Fortress. From the vantage point of the watchtower, they observe the extremely different atmosphere and climate of the world, with its stormy conditions and perpetual darkness. They can barely see the world of Inferia suspended above the darkened clouds, and it is only at this point that they fully realize that they have traveled to a new world, as well as that they might never be able to return to their homes in Inferia. They take shelter in the ancient building for the night before traveling to Meredy's home in Imen.

Later in the story, the group returns to Cape Fortress and discovers Lesitia, a painter the party had encountered in previous locations of Celestia. She is there to paint the colors of the ocean after sunset, while reminiscing about how these colors make her want to fall in love again. She discusses the differences between love and close friendship with Reid, though his clueless nature prevents him from replying to her words in any profound way. Afterward, when the group returns once more with Max in the party, a legendary "Pink Miacis" is found in the ruins. As Max tries to capture it, the creature shocks him with lightning and escapes, but this enables Max to discover a way to control Volt's Craymels within his Craymel Gun, allowing him to obtain the arte Rage Laser. 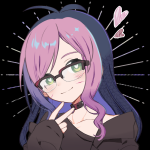 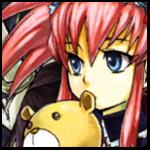