Aselia Wiki
Register
Don't have an account?
Sign In
Advertisement
in: Races, Tales of Zestiria, Tales of Berseria
English 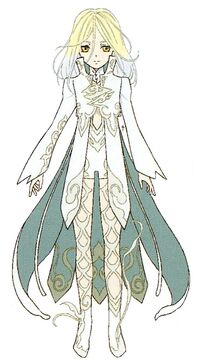 An Empyrean (聖主, Shousu?, "Holy Lord") is an extremely powerful malak in Tales of Berseria. There are five in total: one leader and four others, each representing one of the four elements that provide the foundation for the world. These powerful beings are also present in Tales of Zestiria, which takes place around 1,000 years after the events of Tales of Berseria.

During the events of story, the five Empyreans are as follows:

In Tales of Zestiria, the Empyreans are known as the Five Lords (五大神, Godaishin?, "Five Great Gods"), the five most powerful seraphim on the continent of Glenwood. They are worshiped by the inhabitants, and their leader even extends their blessing to the entire continent. Each of the four other lords are associated with an element, and they each have a protector seraph who presided over the Shepherd's trials in their respective shrines. The Five Lords maintain the balance on the continent and are ostensibly the source of seraphic artes. Maotelus still serves as the replacement to Innominat, though a crest representing Innominat can be found in Artorius's Throne.