After the Aeth'er Wars, he was stranded within the sunken base of Radisrol. He is a jovial, fair, and insightful old man, but also somewhat personifies the "dirty old man" stereotype, as his reason to choose Philia as his mistress is because he prefers young, beautiful girls. Clemente is not very good in close combat, but he has a huge library of deadly magic at his disposal. Although he is noted as a Lightning-based Swordian, he boasts magic of other elements as well. 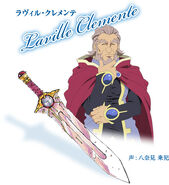 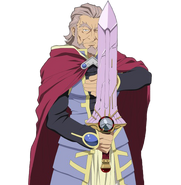