Maxwell (マクスウェル, Makusuweru?) is the Spirit who is Lord of the Four Elements. Maxwell has appeared in several games of the series as a character or cameo, usually as a ruler over other Spirits, and can be summoned through the Maxwell. In Tales of Eternia, Maxwell is opposed by Sekundes, fellow Supreme Craymel and the Greater Craymel of Time. In most games, Maxwell appears as a floating old man and is also heavily associated with the Tractor Beam and Meteor Storm spells.

Maxwell makes his first appearance in Tales of Phantasia as a summon for Claus F. Lester. He appears as an old man riding on an orb. Found in the Morlia Mineshaft, the party seeks his help to obtain the pact ring needed for Luna, though to talk to him, the party requires Claus to have pacts with the Four Elemental Spirits: Sylph, Undine, Efreet, and Gnome. He agrees to help the party and draws out some of the "Gungnir" spear's power as well. Maxwell requires the "Turquoise Ring" to forge a pact, granting Claus with the power to summon him in battle through the Maxwell arte. In battle, Maxwell's main method of attacking is to fly around the screen and ram into enemies through his Molecular Attack. He also has access to various spells such as Thunder Blade and Heal.

Maxwell appears in Tales of Phantasia: Narikiri Dungeon as Lord of the Four Elementals and one of the twelve Spirits that must be fought during the Ordeal of Spirits. He appears on the last level of the Tower of Mystery in AC. 4306 and is the boss of the dungeon. Once defeated, he teaches Mel and Dio the Spirit of Inquiry (たんきゅうしん, tankyuushin?).[1]

Maxwell appears in Tales of Phantasia: Narikiri Dungeon X as a Summon Spirit. In the story, Mel and Dio must collect his essence to save Vahalla City. Like in the original Narikiri Dungeon, Maxwell is met in AC. 4306, but he is encountered in the Morlia Mineshaft instead. Upon defeat, Maxwell teaches the children how to use the Over Brave mechanic, and the children then collect his essence. After completing the first quest of the story and obtaining the "Turquoise" jewel in the Tower of the Zodiac, the group may challenge Maxwell again in order to allow Claus to summon him in battle.

Maxwell appears in Tales of the World: Summoner's Lineage as a unit Fulein K. Lester can summon.

Maxwell appears in Tales of Eternia as the Greater Craymel of Elemental, who governs the use of elemental spells and is one of the Supreme Craymels, the strongest Craymels in the world. He is an optional boss, found in the basement of Farlos Sanctuary when using the legendary Seyfert Key on the statue of Seyfert in the back of the church. He is extremely old and has the personality of an old man, even going into the wrong Craymel Cage when prompted. Maxwell can be summoned through the arte Maxwell.

When fought, Maxwell hovers and flies across the screen. He is aided by a tracking circle on the ground; if an ally stands on it long enough, he will respond with Tractor Beam. Maxwell also has access to various strong spells such as Cyclone, Stalagmite, Indignation, and the spell of his own element, Meteor Swarm. After losing his HP, begins to have access to most of the artes called the Maxwell Extensions: Dual the Sol, Eternity Swarm, Prismic Stars, Shining Gate, Explosion Nova, and Maxwell Minimus, with the last one being one of his favorites. 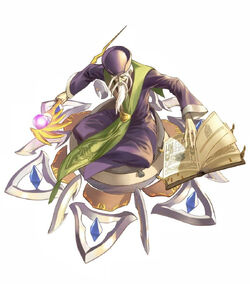 Maxwell, the Ancient Ruler of the Elements, appears in Tales of Symphonia an optional summon for Sheena Fujibayashi. He appears as an elderly man riding on a platform. Appearing in Exire, he is the Summon Spirit of Birth. His monument in Exire requires a key to activate, that being the pact rings of the cardinal elements of Wind, Water, Fire, and Earth, a reference to his Tales of Phantasia incarnation. Once each member of the party equips one of these rings, Maxwell can be summoned and fought, but only after the party has received the "Derris Emblem" in Welgaia. He is able to be summoned through the arte Summon: Birth.

Maxwell is responsible for keeping the half-elf sanctuary of Exire afloat. Mithos the Hero made a pact with Maxwell and founded Exire with the intention of creating a place half-elves could call home. As part of Sheena's pact, she requested that Maxwell continue to suspend Exire in the skies of Tethe'alla. Maxwell can use his staff to launch enemies far into the air using an unnamed attack that is similar to Agarazium, one of Pronyma's unique attacks which is similar to Tractor Beam. Maxwell can cause the spiked edges of the orb he floats on to spin like a saw. He also has access to various advanced spells such as Thunder Arrow, Raging Mist, Gravity Well, Dreaded Wave, and especially Meteor Storm.

Maxwell is the Lord of the Spirits, revered as a deity throughout the world of Rieze Maxia. Twenty years prior to the events of the story, he apparently created a human incarnation of himself in the form of Milla Maxwell as a means to act in the physical world. Commanding the Four Great Spirits, Maxwell makes base near Nia Khera and is worshiped by its inhabitants.

In truth, however, Maxwell never leaves the Temporal Crossroads. Two thousand years ago, he was faced with the growing use of spyrix in Elympios, which killed spirits in its use. The death of spirits, itself an aberration, disrupted the cycle of life and would eventually kill everything on the planet. Upon seeing his warnings ignored, Maxwell instead decided to gather humans with mana lobes, those who could form a symbiotic relationship with spirits, and cast the schism spirit arte, which sectioned off the world of Rieze Maxia from Elympios. The intent was to let the human population of Elympios die off from their reliance of spyrix and allow those who could share the world with spirits survive.

Twenty years previous, however, the humans of Elympios managed to make a brief hole in the schism. Knowing that some from Elympios made it through, Maxwell first created Muzét to protect the schism and then created Milla, who honestly believed she was the true Maxwell. Milla would act as bait and draw out the group, which would eventually take the name of Exodus. The plan worked, right up until Milla sacrificed her life to save her friends from Gilland's final trap and the Lance of Kresnik. He is confused by the behavior of Milla, who he created to be subservient to him, and he is eventually confronted by Jude Mathis and his friends. Seeing them as the ones who led Milla astray, Maxwell attempts to strike them down, only for Milla herself to come back and unite with them to defeat him. In his defeat, Maxwell acknowledges the exhaustion born from the many years overseeing the spirits and the schism, and so he comes to see the merit in Milla and Jude's viewpoints. He agrees to dispel the schism, whose mana would spread out through the world, providing Elympios with at least a few more years to solve their energy crisis.

Unfortunately, he is betrayed by Muzét, who joins with Gaius and binds him to the Lance of Kresnik as fuel for the schism. Gaius sees Maxwell's actions as abandoning the people he is supposed to protect and states his intention to take Maxwell's place for himself, while Muzét sees her actions as a continuance of her mission to protect the schism. Before Gaius and Muzét can seal Milla's group back into Rieze Maxia, Maxwell thrusts them into Elympios as his last hope. In the meantime, he fights off Gaius and Muzét as best he can. Even though Jude and Milla eventually make their way back to him, Maxwell sees the situation as too dire and intends to destroy the Temporal Crossroads entirely. Gaius prevents him from doing so by dispelling the body he was using to act, and before he can reform, Jude and Milla's group manages to defeat and talk down Gaius and Muzét from their extremist positions. With all in agreement, Maxwell dispels the schism and fades away, with Milla taking his place as the Lord of Spirits.

In Tales of Xillia 2, though deceased, Maxwell's past actions and motivations play a crucial role. This game reveals that he is a member of the three Primordial Spirits who administer Origin's Trial to test humanity's worthiness. With his creation of the schism and the separation of Rieze Maxia, he inadvertently stymied the Trial from completing in humanity's favor as several of the necessary Waymarkers were sealed within, forcing the search for them through the fractured dimensions.

Maxwell's past also is explored through Milla Maxwell's character chapters, which also ties into the history of the Kresnik clan itself. The fabled Genesis Sage, Kresnik, was actually named Milla Kresnik and the first human to summon Maxwell. She created the Hymn of Proof on the spot and used it to offer Maxwell her mana alongside threats, and Maxwell heeded the call. The two grew very close as Milla Kresnik built a clan of those who would work with spirits in harmony, eventually naming themselves the Kresnik clan. Unfortunately, rogue elements subverted the clan in favor of power, and the growing use of spyrix led Maxwell to create the schism for Milla Kresnik's true followers.

Milla Kresnik herself, on the other hand, would not come. Maxwell saw this as a betrayal and hardened his heart as he cast the schism and took control over the cycle of reincarnation within. Despite this, Maxwell still held some affection for Milla Kresnik and so when he created Milla Maxwell, he bestowed upon her that very name. Milla first learns the beginnings of this story from a fractured Aska and obtains Maxwell's side of the events in another fractured dimension where the local Milla had been killed by Muzét for her insubordination. When the group destroys the fractured dimension's divergence catalyst, Milla hums the Hymn of Proof, which touches Maxwell's heart as the dimension fades.

In the Bonus Chapter, experimental elemental golems requiring an attack of four simultaneous elements to disrupt rampage toward Sharilton. Though the group is able to handle one with Milla's powers, they are no match for two. At the last moment, Ivar arrives with Maxwell's spirit fossil. With no other options, Jude uses his knowledge of spyrite technology to revive Maxwell and aids in the defeat of the golems. Once the battle is over, Maxwell demands his proof. Jude and Milla respond by singing their Hymn of Proof, which represents their goal to build a world where humans and spirits coexist. Maxwell is touched both by the fact that the melody has survived the years even if the words have not and by the emotion and resolution within. Maxwell accepts this proof for himself and agrees to work with Jude as a spyrite, providing him with yet another vital breakthrough and accomplishment in his research.