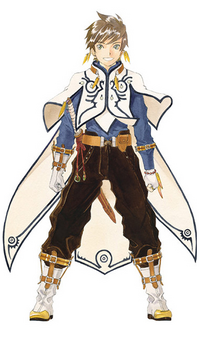 A Shepherd (導師, Doushi?, "Monk") is a human contracted to a powerful seraph in Tales of Zestiria who has the ability to purify malevolence at its roots, and is, by extension, able to purify the hellions. A Shepherd's ultimate goal is to defeat the Lord of Calamity. The Shepherd plays a crucial part in the story and serves as the mediator between humans and seraphim. The Shepherd is advised to avoid becoming involved in the affairs of humans, such as politics, lest society become dependent upon the Shepherd's intervention or otherwise misuse their power. Shepherds themselves are not immune to malevolence and can even turn into hellions.