A Soma (ソーマ, Sooma?) is a tool used within Tales of Hearts. Wielders of Somas are called Somatics (ソーマ使い, Sooma-tsukai?, "Soma Users"), and particular close Somatics can form what is termed a Somatic Bond (ソーマリンク, Soomarinku?, "Soma Link").

Somas are tools that were made in the ancient Age of Stones with methods that are currently lost. They were developed by Fluora Spodumene using the Will wisps and their ability to react to Spiria as her inspiration. They take the form of pieces of equipment from which unique tools can emerge. The tools that a Soma can summon are a reflection of Soma's users. For example, the Soma "Asteria" is a bracer. When used by Kor Meteor, the weapon that emerges takes the form of a sword, while when used by Sydan Meteor, it is an axe. Meanwhile, the Soma "Gale Arc" normally shoots bolts while under Hisui Hearts's control, but when used by his allies, they can fire all sorts of ammunition like paint or stew broth. Additionally, a Soma does not have to take the form of a weapon. Many of the current Soma, however, evolved to become weapon-like as a result of their use in the War of Unification, which gave birth to the Maximus Empire, because they do make exceptional weapons.

A Soma is intrinsically linked to its bearer and can gain new evolutions as the Somatic evolves using the Soma Build (ソーマビルド, Soomabirudo?). In the original Tales of Hearts, this progression is dependent on feeding the Soma certain items and focuses on three paths: artes, skills, and parameters. The progression is also one way and leads to missing some skills permanently. In Tales of Hearts R, progression is instead based on allocating Soma Build Points into five categories: Fight, Belief, Mettle, Endurance, and one unique category for a character. In this version, nothing related to the build can be permanently missed, and the Soma's evolutions take the form of weapons that can be swapped at will. In both versions, however, growth will stop at a certain point until the party's collective bonds strengthen through storyline events, unlocking further evolutions. Evolution factors within the story as well, as when the group needs to be able to reach Gardenia while it is in space, they evolve Chalcedony Akerman's Soma "Wahrheit" into a flying machine using rare items.

A Soma's main use is to enable their users to enter a person's Spiria through a Spiria Link (スピルリンク, Supirurinku?, "Spir Link"). By doing so, a Somatic can better understand the other person and help them through the issues. In the case where xeroms infest the Spiria and inflict the disease despir, Somatics can use their powers to clear a Spiria and cure the afflicted. In the original Tales of Hearts, the party could only spend a limited amount of time in a Spiria, which is denoted through the Link Counter and measured by number of steps, though the amount can be replenished through special chests. This feature is removed in Tales of Hearts R, which allows exploration at the player's leisure.

Particularly close Somatics can also form a Somatic Bond. At its core, it allows Somatics to understand each others' feelings, while at their strongest, it can serve as a way for Somatics to know how the others are doing no matter the distance as well as anchor them and their Spirias. Eventually, it is revealed that anyone whose Spirias are close and sufficiently united can form a Somatic Bond. Fluora depended on this ability to facilitate her global Somatic Bond plan, joining Minera's Spirias to unite their war-torn world. Though she was unable to complete this plan in her life due to Gardenia's activation, the Spirias absorbed by Gardenia are able to keep their existence by bonding with each other even after 2,000 years. In the end, these Spirias, nurtured with their bonds, are released onto the calcified Minera, seeding it with the possibility of a future. In gameplay terms, Somatic Bonds are influenced by characters bonding through skits and events or battling alongside each other. Beryl Benito's Meteoric Rise extensions require her to have a certain bond level with all party members, while characters of certain bond levels can share skills and, in the original Tales of Hearts, perform combination artes.

Within the storyline, Somas grow increasingly rare as the Church of Valentin hoards them for their personal use. It is revealed that Labrador Akerman began amassing them in the face of Creed Graphite and Incarose's threat, as his friends and allies scattered to the winds after their final confrontation and he desired a way to stop them when they reappeared. Most of the Church's Somas are destroyed at General Grossular's hand due to the conflict between the Maximus Empire's Army and the Church. 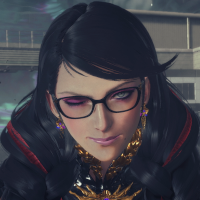 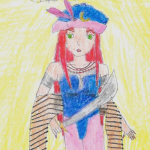