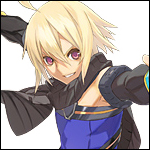 Unison Attacks can be activated by pressing the "Artes" button when the Unison Gauge is filled by at least 50% and consumes 50% of the gauge on use. They can only be activated by Emil Castagnier or Marta Lualdi while either is controlled by the player. Ars Nova will override all other attacks if all conditions are met. Devil's Maw will override all other characters' attacks if the conditions are met, while Emil is in the active party but not controlled by the player.